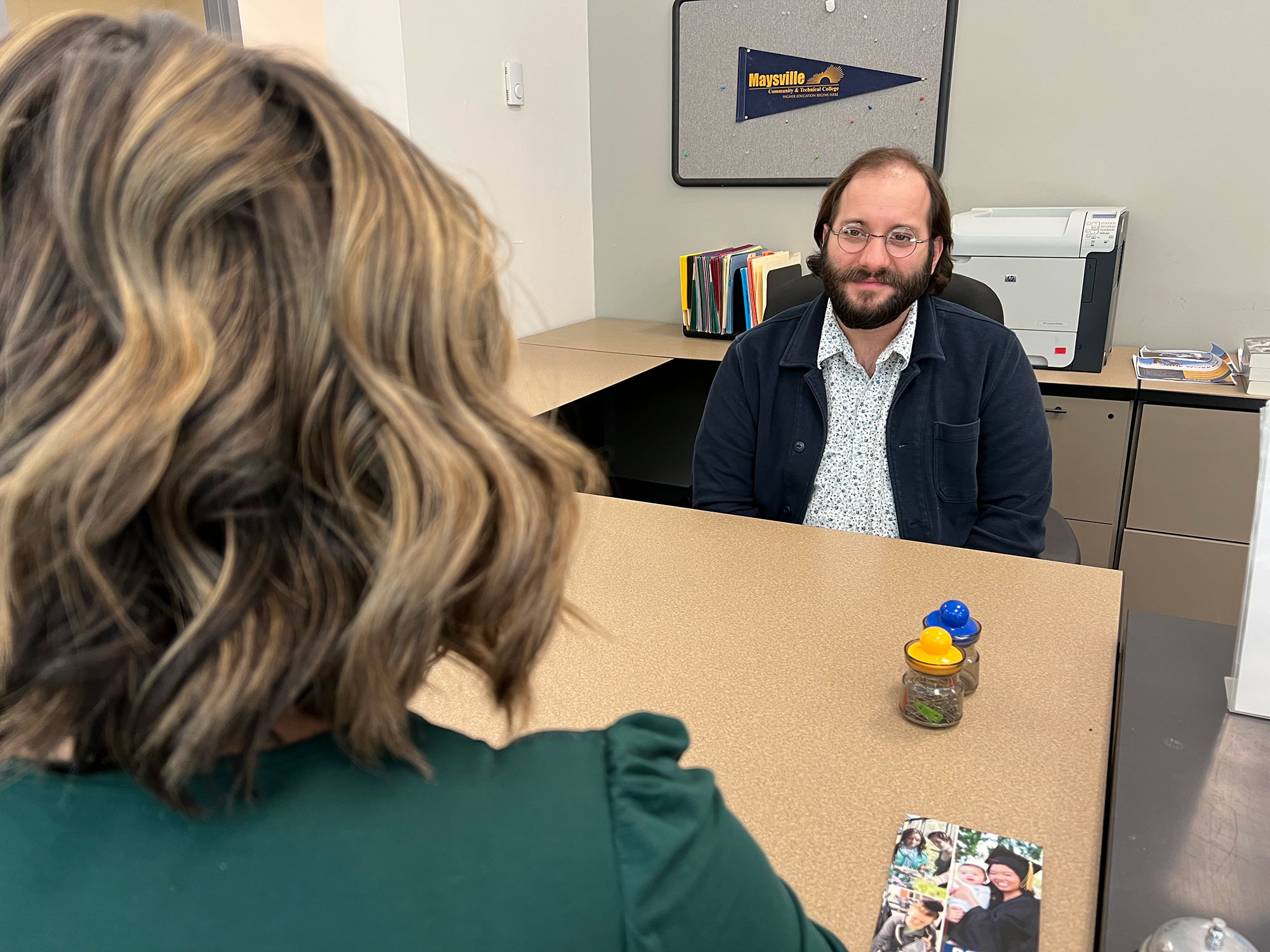 Jerry Morrison stays busy at Maysville Community and Technical College and he’s becoming even busier as he assumes the additional role of veterans’ affairs case manager.

“I am extremely happy and honored that I have the opportunity to work with our veterans and their families,” he said this week. “This is how I can pay tribute to my late grandfather, Jerry Merritt, who served in Vietnam.”

Morrison will continue his duties as testing coordinator at MCTC in Maysville but also will be available to work with former U. S. military service members on all four campuses. He will be responsible for certifying their compliance with VA requirements for financial assistance under the GI Bill.

His new duties also will include assisting veterans and their spouses in applying for those educational benefits through the VA.gov website, in making staff and faculty advisors aware of those GI Bill requirements, in helping vets find financial aid resources, and in being responsible for Veterans’ Day events on each campus.

“My personal goal is to help veterans fully utilize the VA system,” he said. “Veterans already have earned whatever we can do to help them create productive lives.”

His supervisor is Lauren Mattox, MCTC’s director of enrollment management. She believes Morrison is well suited for his new duties.

“No matter what position Jerry has held he has always provided exceptional service and assistance to our students,” she stated. “He is well respected and known to be flexible and willing to do whatever he can to help students succeed. Our student veterans will be in great hands.”

At 35, Morrison brings a good personal example to his new responsibilities. He was left jobless after a layoff from construction work but enrolled at MCTC to earn an associate degree in adult education while holding a work-study job and later a part-time staff position.

Upon graduation, he was hired as Maysville’s testing coordinator but cherishes his time in adult education where he says he discovered the joy of helping others. He continues to pursue his own education and will receive a bachelor’s degree from NKU this spring.

“I want to share the lessons I learned when I had to prepare for a new career and point my life in a different direction,” he stated. “I want to be part of those same kind of success stories in the lives of our student veterans and their families.”

The father of two, Morrison received his diploma at Lewis County High School after his family moved to the Maysville area from Marietta, Georgia, in 1991.

If you have served in the U. S. military, Jerry Morrison is ready to help you and/or your spouse get started in college at MCTC. Contact him at jerry.morrison@.kctcs.edu.