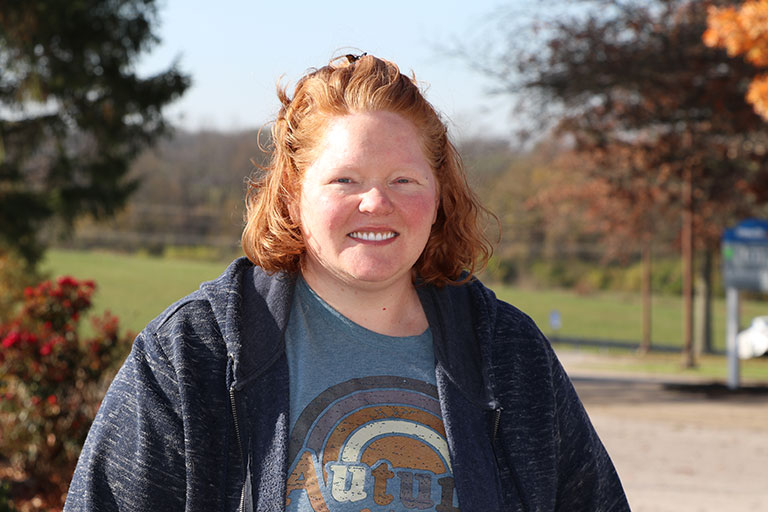 Why did you choose to attend MCTC?
At first, convenience, and I was not sure if returning to college after 20+ years was a good fit for me. I soon found out that choosing MCTC was a great decision.
Who influence you most during your time at MCTC (Faculty/Staff)?
There are so many, Ellen Bowman and Brianna Whitten probably had the biggest influence.
Also Dr. Martha Bone, John Klee, Tina Curtis and Millicent Harding.
What advice do you have for current students wanting to make the most of
their experience at MCTC?
Get involved with organizations for social networking, get to know the professors they want
you to succeed. Utilize the resources available on campus.
Describe your career path and explain how your education at MCTC helped
prepare you for what you are doing today.
My time at MCTC gave me a jump start on furthering my education. I had enough credits that
when I graduated from MCTC I was able to finish my BA in just 3 semesters. I chose to
transfer to NKU (Northern Kentucky University) where I am in my last semester of my
undergraduate degree. Because of the support I received at MCTC, I graduated with highest
distinction and received the Presidents award.  The top notch education I received helped me to be accepted into the expedited Masters in Public History program, which I will have 6 credit hours of my masters completed while an undergrad. The professors at MCTC brought out a part of me that I had no idea existed. Tina Curtis inspired me, an introvert, so much that now I give lectures on various Civil War subjects. She found a speaker inside of me, who knew, apparently she did. John Klee renewed my passion for history by utilizing different formats of education and putting me,
the student, in charge of how I earned my grade. Ellen Bowman in Student Support Services
many times was my rock and she pushed me to become my best self. Brianna Whitten also
saw potential in me that I could not and she pushed and prodded, in a nice way, until it
surfaced and then she helped me to run with it. She even found me a position in the writing
studio as a writing consultant. My time at MCTC was not wasted and it prepared me to go
further than I could have imagined when I first stepped foot on the campus. A scared
woman of 40, who kept asking herself, "Do you really think you can? Do you have this in
you?" The answer I found has been so much more than what I thought it would ever be and
I am so thankful to MCTC for that.
What advice would you give current student interested in pursuing a career in
your professional field?
Do not ever let anyone tell you that History is a dead field. There are so many things you can
do with a history degree and many excellent positions can be found if you put in the work.
Its not an easy career to embark on, but it is very rewarding.